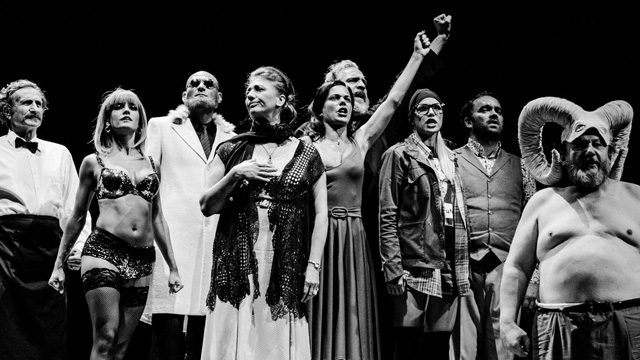 Premiere: 15th September 2015. on “Pera Dobrinović” stage
Duration: 1h40min
Décor, costumes and other stage equipment made in workshops of the Serbian National Theatre.

AWARDS
The play has received multiple awards at the festivals:

22 May 2016
Awards on the 19th “Petar Kočić” festival in Banja Luka, Republika Srpska:
1. award for the Best play as a whole where tremendous honesty and talent are prominent, as well as dramatic skills and enviable sense for style and genre, and overall performance of the actors who have mastered the contemporary expression with clear social consciousness regarding the role of theatre in the society.
2 and 3 awards for the Best stage design to Tadžiser Sevinć and Saša Senković for exceptionally remarkable and functional solution of the stage space, and support for the stage movement and creative visual elements.
4. Award for the Best stage direction to Aleksandar Popovski who set the play and directed the actors with great skills, perfectly depicting the transparent comedy of “laughter from the grave”.
5. Award for the Best dramatic text to Dejan Dukovski for artistic analysis of the contemporary models of the social behaviour forms, deepest tragic themes and secrets of the human soul that suffers while it laughs at itself and the world.
6. Award for the Best performance was awarded by the Jury of experts from Republika Srpska Radio and television.