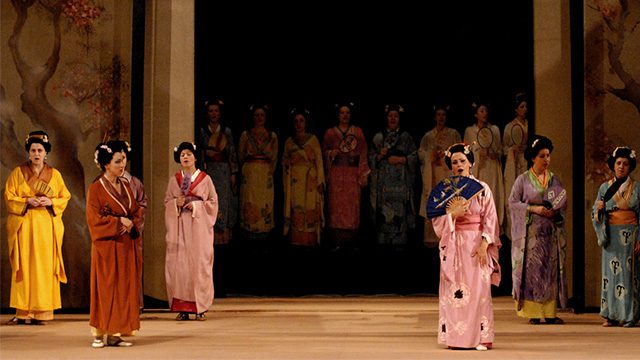 A strange lot befell Puccini with the opera Madam Butterfly: it was very poorly received by the audience at its premiere on 17th of February 1904 at La Scala in Milan. It seemed that the audience, seeing it for the first time, was not prepared to accept the amount of sentimental lyricism Puccini emotionally included in his tragedy about a young Japanese woman Cio-Cio San. Deeply disappointed, as he was sure in his heart that this was his so far best and most expressive piece, Puccini was thrown into sadness and despair, but still believed in a forthcoming renaissance of his opera – and he was not wrong. Three and half months later, after a number of changes on different layers of the opera, Madam Butterfly made a huge success in Brescia, never losing its glory to this day. Puccini created a piece of an eternal and everlasting value, which continues to reside on the classic repertoire of the greatest opera houses; a piece whose music is deeply en rooted in the hearts of people all around the world.

THE ASSOCIATION OF YUGOSLAV EMANCIPATED WOMEN

THE LIAR AND THE ARCH LIAR