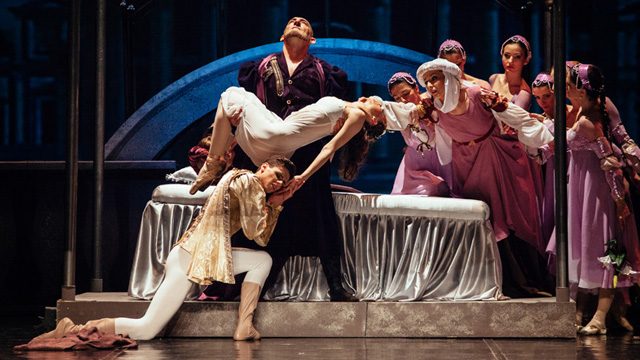 The ballet Romeo and Juliet by Sergey Prokofiev is one of the most beautiful pieces of the 20th century ballet literature, which had its Serbian National Theatre revival on 17th March 2007, after almost 45 years. The ballet version of Romeo and Juliet, whose choreography, directing and libretto made after Shakespeare’s drama of the same name, is signed by a reputable artist Konstantin Kostjukov, has undoubtedly gained affection of the Novi Sad audiences. “The protagonists of this exceptionally demanding ballet, conceptualized in two acts and eleven scenes, were a perfect match for the ideas of choreographer Kostjukov. The beautiful renaissance costumes were designed with a great sense for detail and the personal style of Mirjana Stojanovic-Mauric, The exceptional music of Sergey Prokofiev performed by the orchestra made the revival of this piece on the Serbian National Theatre stage a complete experience.”

FIDDLER ON THE ROOF